The anti-apps you won't find on your phone 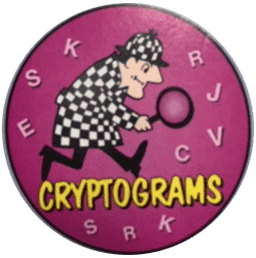 On a quiet little street in Norwalk, Connecticut, across from a thrift store and a pre-school, just down from a large church, is the headquarters of a puzzle empire that spans hundreds of publications filled with crosswords, fill-ins, logic and math problems, sudoku, word seek, and just about any other puzzle you can think of.

PennyPress and Dell publications are tucked in with the magazine section of pretty much every grocery and drug store in Canada and the United States. They hearken back to a time when doing a puzzle meant putting pen to paper, not firing up an app on your phone. These are puzzles that might seem too hard for the attention-challenged brains of today.

Yet their continued existence is proof that ordinary, everyday people were and are capable of solving complex cryptograms and perplexing logic. You can tell there is nothing elitist about these collections. Just look at the cartoon image of a bunny sitting in a top hat to symbolize anagram magic squares. Or the cliché Sherlock Holmes looking for cryptogram clues.

You might think these puzzles are best left to old folks who can’t figure out how to use a computer. But you would be wrong. They are for anyone who wants to grow new connections between the synapses in their brains. Or at least nourish the ones they’ve retained.

You, too, can learn to love WeatherCAN
Apple News only works well with the +